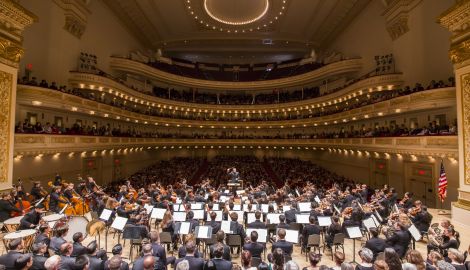 The New York Youth Symphony is the most awarded youth program of its kind in the nation, recognized for its innovative, tuition-free educational programs for talented young musicians. Founded in 1963 as an orchestra to showcase the metropolitan area’s most gifted musicians ages 12-22, its activities have since grown to encompass programs in chamber music, conducting, composition, and jazz, with performances at world class venues including Carnegie Hall and Jazz at Lincoln Center. Through its commissioning program, First Music, the NYYS has commissioned over 140 works from young composers since 1984. 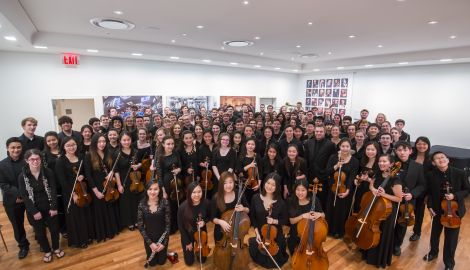 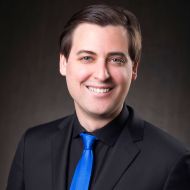 Michael Repper began his tenure as Music Director of the NYYS Orchestra at the start of the 2017/18 season. He is an emerging conductor of classical music, jazz, pops, and musical theater. A graduate of Stanford University, he recently completed his doctoral residency at the Peabody Conservatory of Music as a student of Gustav Meier and his longtime mentor, Marin Alsop. Mr. Repper was the Peabody Institute-Baltimore Symphony Orchestra Conducting Fellow for two seasons, and continues to work with the Peabody Institute ensembles.

Mr. Repper holds leadership positions in several music organizations in the Baltimore area. He is currently Music Director of both the Northern Neck Orchestra and Baltimore Basilica, Assistant Conductor of the Concert Artists of Baltimore, and New Music Consultant for the Baltimore Symphony Orchestra. Mr. Repper’s international performances include a recent debut with the São Paulo Symphony Orchestra in Brazil, masterclasses with the Artes Nazionale Orchestra in Florence, Italy, and performances in Australia.

Passionate about supporting youth in music, Mr. Repper has traveled to Venezuela to conduct the annual International Orchestral Seminar in Acarigua, an El Sistema based orchestra, and at home he takes great pride in nurturing a private studio of aspiring musicians. As Managing Director of the Chamber Music Society of Maryland, a Baltimore-based chamber music series currently in its 43rd season, he founded the Reinecke Youth Fellowship in Chamber Music, an annual $1000 scholarship opportunity for three pre-college musicians interested in chamber music at the professional level.