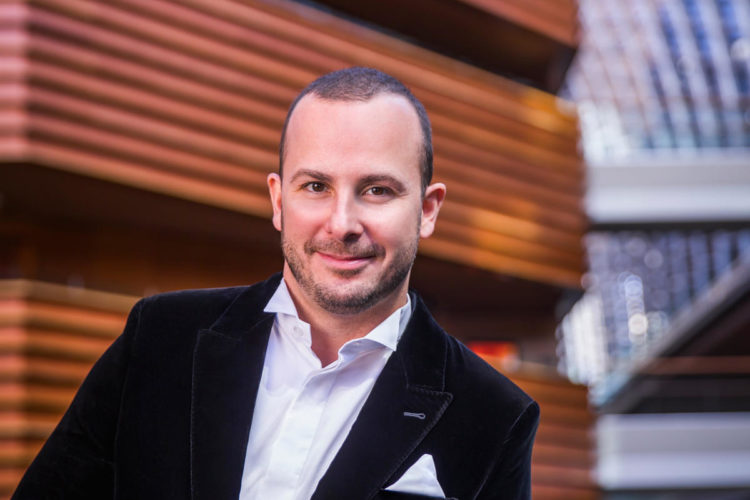 PIMFAdminJuly 10, 2020In The NewsComments are off for this post

There doesn’t seem to be an area of classical music that Yannick Nézet-Séguin has not guided to greatness.

He started piano lessons at age 5 but by age 10 set his sights on conducting a symphony orchestra. By 14 he was leading rehearsals of the Choeur Polyphonique at the Montréal Cathedral and was its conductor by age 19. The next year he founded his own orchestral and vocal ensemble, La Chapelle de Montréal and went on to conduct virtually all the major Canadian orchestras while still in his twenties.

That led to a stellar international career and current appointments as music director of Montréal’s Orchestre Métropolitain, the Metropolitan Opera, and The Philadelphia Orchestra. Critics and audiences alike call him a “visionary,” “one of the brightest stars in a new generation of conductors,” and cheer his “energy, exuberance and connection to his orchestra.”

Adam Wasserman wrote in OPERA NEWS, “It’s impossible not to be astonished by the sheer pleasure to be found in so much of the maestro’s work. Perhaps more than any other conductor working today, Nézet-Séguin seems to have the ineffable ability to appeal to the contemporary listener’s ears through utter beauty of sound. Nézet-Séguin’s baton may elicit high-definition playing for our HD era, but his art remains thoroughly classical… Excitement about the future is almost beside the point when the music being performed right now under Nézet-Séguin’s direction is so awe-inspiring.”

He holds honorary doctorates from multiple institutions, including the University of Québec in Montreal, Westminster Choir College, the University of Pennsylvania, and the Curtis Institute of Music, where he has served on the faculty as mentor conductor since 2013.

Students in The Philadelphia International Music Festival will experience that mentorship this month and online viewers can take part in an extraordinary Master Class by Maestro Nézet-Séguin that PIMF Online is honored to present on July 19th.

“Seeing Maestro Nézet-Séguin at work is a revelation to music-lovers of any age,” says PIMF President and founder Sandy Marcucci. “Any rehearsal with him could be considered a master class in musicianship! But we’re thrilled he’s so generously making himself available to work specifically with some our students and deepen their understanding of their art while we all get to watch and marvel as well as learn. Expect an inspiring and motivating evening!”