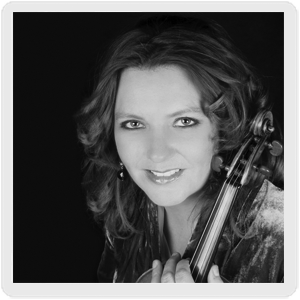 Kimberly Fisher joined The Philadelphia Orchestra in 1992 and has served as Principal Second Violin since 2002. She has appeared as soloist with numerous orchestras including The Philadelphia Orchestra, the Vancouver Symphony, and the Victoria Symphony. As recitalist and chamber musician she has performed across the United States and Canada, and in England, Spain, France, Germany, Japan, China, Vietnam, and Argentina. Ms. Fisher has appeared in chamber music settings in prestigious venues such as Carnegie Hall, the Mogador Theater in Paris, the Kimmel Center, and the Great Hall of the People in Beijing, and in collaborations with internationally renowned artists such as Wolfgang Sawallisch, Cristoph Eschenbach, Jean-Yves Thibaudet, and many others.

Ms. Fisher has been awarded multiple Canada Council grants and was invited to perform as soloist at the Governor General’s concert in Canada. She has been featured on National Canadian Radio and on Canada’s CBC television. Her teachers included her father, Lawrence Fisher; Yumi Ninomiya-Scott; Aaron Rosand; David Cerone; and Jascha Brodsky.

In 1997 Ms. Fisher co-founded the Philadelphia International Music Festival (PIMF), a highly successful summer music program in residence at Bryn Mawr College, to encourage and inspire musicians of all levels. Originally just for string players, the Festival now includes all symphonic instruments plus piano and vocal programs, and features innovative specialty programs to help students prepare for auditions, improve practice, and address performance issues. PIMF includes students of all ages and all levels who attend from around the world to study privately with musicians of The Philadelphia Orchestra.

Ms. Fisher is an active pedagogue whose students have performed as soloists with major orchestras, attended distinguished music conservatories, performed as members of professional orchestras, and won many awards and competitions. Her energetic, communicative teaching style has led to invitations to present master classes, lessons, and seminars around the world.