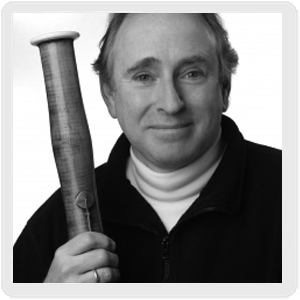 Mark Gigliotti, co-principal bassoon, joined The Philadelphia Orchestra in 1982. He began his professional career as solo bassoonist with the Hague Philharmonic in the Netherlands for three seasons and was also principal bassoon of the Pittsburgh Symphony. He has performed with some of the world’s greatest conductors, including Eugene Ormandy, Leonard Bernstein, Riccardo Muti, Wolfgang Sawallisch, Raphael Frühbeck de Burgos, Charles Dutoit, Klaus Tennstedt, Eugen Jochum, Hans Vonk, Simon Rattle, and Lorin Maazel, among others.

Mr. Gigliotti graduated from the Curtis Institute of Music in 1979, having studied bassoon with former Philadelphia Orchestra Principal Bassoon Bernard Garfield. He also studied with former Philadelphia Orchestra Principal Bassoon Sol Schoenbach, Shirley Curtiss, and John Shamlian. Mr. Gigliotti first appeared as a soloist with The Philadelphia Orchestra in 1979, as a winner of the Orchestra’s Senior Student Competition (now the Albert M. Greenfield Competition), and has since performed as soloist with the Orchestra under Mr. Muti, Mr. Sawallisch, and William Smith. In February 2006 Mr. Gigliotti performed John Williams’s bassoon concerto, Five Sacred Trees, with the Hilton Head Orchestra in South Carolina. In 2001 he recorded Weber’s Bassoon Concerto and Andante and Hungarian Rondo, Mozart’s Bassoon Concerto, and Richard Strauss’s Duet-Concertino with the Taipei Symphony. He has appeared frequently as soloist with orchestras in the United States, Europe, and Asia. He has been on the faculty of the College of New Jersey since 1992, has taught chamber music at the Curtis Institute, and has given master classes in the United States and throughout the world.