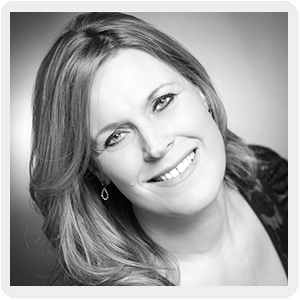 On the concert stage, Lisa was the soprano soloist in Verdi’s Requiem Mass, entitled “The Defiant Requiem,“ with the Oregon Symphony Orchestra under Murray Sidlin, which was televised nationally on PBS. She has appeared with the Washington Choral Arts Society, both as Soprano I in Mahler’s Symphony No.8 and then as the soprano soloist for their Christmas concerts at the Kennedy Center under the baton of Maestro Norman Scribner. Also, she has performed as the soprano soloist in Hadyn’s Lord Nelson Mass and the Bach B-Minor Mass with the Philadelphia Chamber Orchestra and the Brahm’s German Requiem with the Brooklyn Philharmonic Orchestra. Past orchestral performances also include the Dvorak’s Stabat Mater at Zürich’s Tonhalle, Hermann Sutter’s Requiem in Basel, the Mozart Requiem and Brittan’s War Requiem with Virginia Tech Orchestra. Most recently, Lisa performed the world premiere of Liam Wade’s song cycle, “Love in the Time of Email (2015)” at the Academy of Vocal Arts. Currently, she is the featured singer and interpreter of a collection of Yiddish art songs, written by David Botwinik and available in his published book, “From Holocaust to Life”, in which the CD is soon to be released. She recently performed these songs at The Segal Performing Arts Center in Montréal and at the Yivo Institute for Jewish Research in New York City.

She was a European finalist in the Luciano Pavarotti International Competition, a two-time winner of the Gerda Lissner Foundation grant, a five-time winner of the Sergio Franchi Foundation Grant, and a recipient at the Mario Lanza competition in Philadelphia. She received a Bachelor of Music degree in vocal performance with a minor in piano and theory and composition from the University of Idaho Lionel Hampton School of Music, her Master of Music degree from the Manhattan School of Music and was a member of the prestigious Juilliard Opera Center. Lisa recieved professional training at the Academy of Vocal Arts in Philadelphia. She has worked with renowned vocal instructors, Bill Schuman, Marlena Malas, Adele Addison, Dorothy Barnes, Margaret Baroody, Dr. Robert T. Sataloff and was fortunate enough to be under the tutelage of Madame Elisabeth Schwarzkopf. In addition to her array of classical engagements, Lisa started her career at age 22, as a lead singer with The Lionel Hampton Orchestra, which toured throughout the United States. Lisa has worked at Bryn Mawr and Haverford College as a voice professor and Merion Mercy Academy as a voice teacher, choir director, and accompanist.

Lisa is the founder of The Willson Vocal Academy located in Bryn Mawr, which has trained hundreds of young singers, many of which have gone on to some of the world’s vocal and theatrical institutions. Lisa’s students have gone on to professional careers on Broadway, television, concert and opera stages. She enjoys teaching many styles of music including, classical, opera, musical theater, jazz, blues, R&B, and gospel. She lives in Philadelphia with her husband, tenor, Ian DeNolfo and their two sons.