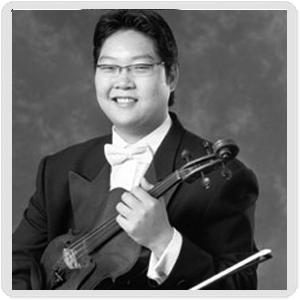 A native of Philadelphia, violist Marvin Moon came to The Philadelphia Orchestra in 2007 from the Boston Symphony, which he joined at the start of the 2005-06 season. Mr. Moon previously performed for several years as a substitute player with The Philadelphia Orchestra and the New York Philharmonic. From 2000 to 2003 he was principal viola of the Chamber Orchestra of Philadelphia. He was also previously a member of the Haddonfield Symphony (now Symphony in C), the New York String Seminar Chamber Orchestra, and the Curtis Symphony, serving as principal viola in 2000.

As a soloist Mr. Moon gave the world premiere of James Ra’s Concertino with the Curtis Chamber Ensemble, played Bartók’s Viola Concerto with the Temple University Symphony, and was viola soloist in Mozart’s Sinfonia concertante for violin and viola with both the New Jersey Symphony, under Vladimir Spivakov, and the Kennett Square (PA) Symphony.