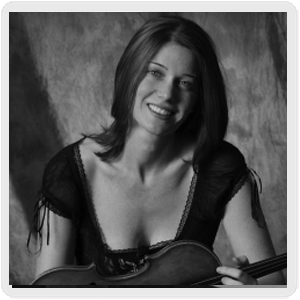 Kirsten Johnson joined The Philadelphia Orchestra as associate principal viola at the start of the 2007-08 season. Ms. Johnson made her solo debut with the Chicago Symphony at the age of 17, and she since has performed with many orchestras, including the Oberlin Chamber Orchestra, the Concertante Chamber Ensemble, and the Juilliard, Jackson, Kalamazoo, and Peninsula symphonies.

A first-prize winner of the 1997 Washington International Competition, Ms. Johnson’s recent recital engagements include performances at the Kohl Mansion Chamber Music Series near San Francisco, the concert series at the Phillips Collection in Washington D.C., the Dame Myra Hess Memorial Concerts series in Chicago, and the St. Croix Concert Series in Stillwater, Minnesota. Ms. Johnson received her Bachelor of Music degree from the Curtis Institute of Music, where she studied with Michael Tree. She pursued further studies with Samuel Rhodes at the Juilliard School. Her other teachers include Almita and Roland Vamos and James Dunham.