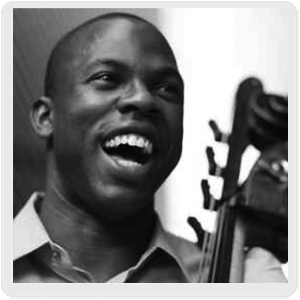 Joseph H. Conyers joined The Philadelphia Orchestra as Assistant Principal Bass in 2010 after a one-and-a-half year tenure with the Atlanta Symphony, three-and-a half years as Principal Bass of the Grand Rapids Symphony, and four summers as a member of the Santa Fe Opera Orchestra.

Profiled in Ebony magazine as “one of 30 Leaders 30 and Younger,” Mr. Conyers performed as soloist with the Grand Rapids Symphony in a concerto commissioned by the GRS and written for him by John B Hedges. Mr. Conyers has also soloed with the Alabama Symphony, the Flagstaff Symphony, the Savannah Symphony, and elsewhere.

In June 2010, he made a solo appearance with the Dekalb (GA) Symphony performing the Koussevitzky Bass Concerto. Former Principal Bass of both the Philadelphia Virtuosi Chamber Orchestra and Symphony in C, Mr. Conyers was the inaugural recipient of the Sanford Allen Award from the Sphinx Competition and won second prize at that prestigious competition in 2004.

Mr. Conyers is a graduate of the Curtis Institute of Music where he studied with both Harold Robinson and Edgar Meyer. He has been a fellow and/or principal bass at numerous festivals including Tanglewood, Aspen, Verbier (in Switzerland), and the Britten-Pears Music Festival in England.