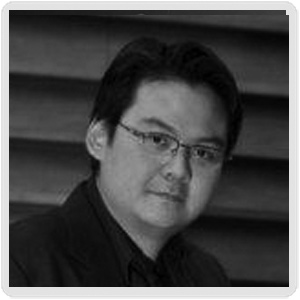 Violist Che-Hung Chen joined The Philadelphia Orchestra in the spring of 2001, the first-ever Taiwanese citizen to become a member of the Orchestra, and has served as Acting Associate Principal Viola under Christoph Eschenbach. Mr. Chen was the first-prize winner at the Seventh Banff International String Quartet Competition as a member of the Daedalus Quartet.

He later entered The Curtis Institute of Music at age 14, where he studied with Joseph de Pasquale, retired Philadelphia Orchestra principal viola, and served as principal violist of the Curtis Symphony Orchestra. As a participant in the Marlboro Festival, he has toured with “Musicians from Marlboro”, and performed on their fiftieth anniversary concerts in Boston and New York’s Carnegie Hall.

He has collaborated with members of the Guarneri, Orion, Mendelssohn and Tokyo quartets, and artists such as Martha Argerich, Yefim Bronfman, Jean-Yves Thibaudet, Lang Lang, Leonidas Kavakos, and Hilary Hahn. Mr. Chen has also participated in festivals such as Ravinia, Caramoor, Kingston, Bridgehampton chamber music festivals and Music from Angel Fire. He is currently serving on the faculty of Temple University’s Esther Boyer College of Music and its Preparatory Division.