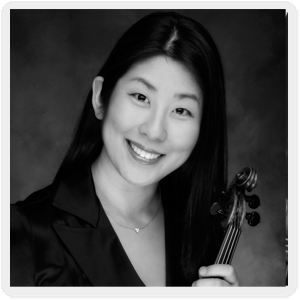 She has also performed as a guest musician with the New York Philharmonic. Ms.Oshiro-Morales made her debut with the Chicago Symphony at the age of twelve and has appeared numerous times as a soloist with the Saint Louis Symphony, the Napa Valley Symphony, the Minnesota Sinfonia, and others.

She has collaborated with such artists as Vadim Repin, Alban Gerhardt, Jason Vieaux, and Gil Shaham. Ms. Oshiro-Morales studied with Almita and Roland Vamos at Oberlin Conservatory, where she received the Dean’s Talent Award scholarship.

She continued her studies at The Juilliard School with Robert Mann, the founder and former first violinist of the Juilliard Quartet. Ms. Oshiro-Morales has been a guest artist at the Sun Valley Summer (ID) Symphony, the Cactus Pear Music Festival (TX), and the Grand Teton Music Festival (WY), among others.