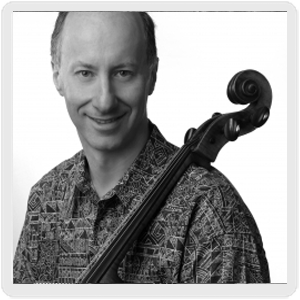 Prior to joining The Philadelphia Orchestra in June 1996, cellist Alex Veltman worked with several orchestras in the northeastern United States. He was a regular substitute cellist for the New York Philharmonic, assistant principal cello of the Hudson Valley Philharmonic in Poughkeepsie, New York, and a member of the New York Symphonic Ensemble, the New Jersey Symphony, and the New Haven Symphony.

Born in Moscow, Mr. Veltman earned his bachelor’s degree studying with Harvey Shapiro at The Juilliard School, and his master’s degree from the Yale University School of Music, where he studied with Aldo Parisot.

Mr. Veltman has participated in the Bedford Springs Festival in Bedford, Pennsylvania – where he performed as soloist with the festival orchestra – and the Saratoga Springs Summer Festival in upstate New York, and has attended the Kneisel Hall Chamber Music Festival in Blue Hill, Maine.

He has collaborated with such artists are Chantal Juillet, Roberto Díaz, Nikolaj Znaider, and Elmar Oliveira, and has given recitals at Lincoln Center’s Alice Tully Hall and C. Michael Paul Hall, as well as at St. John’s, Princeton, and Yale universities, among others.