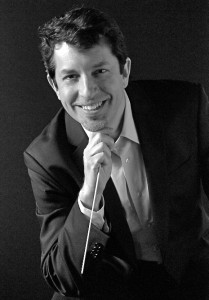 An experienced conductor, clinician, adjudicator and instrumentalist, Gary White trained at the prestigious Pierre Monteux School for Conductors and Orchestral Musicians in Hancock, ME. Monteux alumni include legendary conductors Lorin Maazel, André Previn, and Sir Neville Marriner. He graduated from The New School of Music and has a Masters degree from Temple University’s Esther Boyer College of Music, where he studied conducting with Maestro Luis Biava and Professor Arthur Chodoroff. In 2008 Mr. White was inducted into Temple University’s “Gallery of Success”. A professional French horn player, Mr. White has performed with the Fairmount Brass Quartet; The Chamber Orchestra of Philadelphia (Concerto Soloists); Lehigh Valley Chamber Orchestra; Pennsylvania Sinfonia; the Harrisburg, Reading and Pottstown symphonies; as a substitute with The Philadelphia Orchestra, and is heard on numerous recordings.

Past positions have included Music Director and Conductor of the Pottstown Symphony and cover conductor for the Delaware Symphony Orchestra. Mr. White is also in demand throughout the tri-state area as an adjudicator, clinician and guest conductor of multiple orchestras, including the Temple University Symphony and Sinfonia, Delaware All-State Orchestra, Main Line Symphony Orchestra, Rose Tree Pops, All-Catholic Orchestra Festivals and many Pennsylvania Music Educators Association festivals and events.

In 1999 Mr. White was appointed Music Director and Conductor of Philadelphia Sinfonia Association, where he has inspired and shaped one of the Delaware Valley’s finest youth orchestras. With a conducting philosophy that focuses on the process as much as the final product of the concert, Mr. White cultivates a creative partnership that empowers musicians to make passionate music.