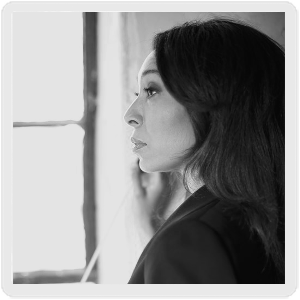 Jeri Lynne Johnson is the Founder and Artistic Director of the Black Pearl Chamber Orchestra, which she established in 2008 as a model for the 21st century orchestra. The hallmark of Black Pearl has been its total commitment to bringing a younger, more culturally-diverse audience to classical music and as the Music Director and creative force behind Black Pearl, Ms. Johnson conceives and designs all concert, outreach and educational programming to reinforce this commitment. Through unique collaborations with some of the city’s great institutions like the Free Library of Philadelphia, the Barnes Foundation, and Opera Philadelphia among others that create classical music experiences that blur the lines between audience and performers, Black Pearl has garnered critical acclaim for its innovative audience engagement activities from the National Endowment for the Arts and is the only organization ever to win three prestigious Knight Foundation Arts Challenge grants.

A graduate of Wellesley College, Ms. Johnson began conducting while completing a Master’s Degree in music theory and history at the University of Chicago and in 1998 she won the Jorge Mester Conducting Scholarship to attend the Aspen Music Festival. Since then, her conducting teachers and mentors have included Sir Simon Rattle, Marin Alsop, Daniel Barenboim, and John Harbison. In 2005 Ms. Johnson made history as the first African-American woman to win an international conducting prize when she was awarded the Taki Concordia Conducting Fellowship.

Ms. Johnson’s conducting engagements have included orchestras around the world including the Philadelphia Orchestra, Colorado Symphony, Chamber Orchestra of Philadelphia, Chicago Sinfonietta, Bournemouth Symphony (UK) and the Weimar Staatskapelle (Germany). Her conducting repertoire is unusually broad and has led her to performances of premieres of leading classical composers as well as a ground-breaking collaboration at Carnegie Hall with rapper Jay Z, singer/songwriter Alicia Keys, and hip hop band The Roots.

A recipient of many civic, community and artistic honors, including a 2011 Woman of Distinction from the Philadelphia Business Journal, 2010 British American Project Fellow, 2010 Philly 360 Creative Ambassador by the Greater Philadelphia Tourism and Marketing Corporation, Ms. Johnson has been featured in numerous magazines and newspapers as well as television and radio shows including 20/20 and the “Tavis Smiley Show” on NPR and she was heralded as one of today’s leading young women conductors on the NBC Today Show alongside prominent woman conductors Marin Alsop and Joann Falletta.