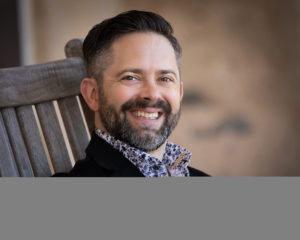 Anthony Prisk joined the Philadelphia Orchestra as Second Trumpet in August of 2013. He came from the Houston Symphony, where he worked as Second Trumpet for 11 seasons and was previously in the New World Symphony as a trumpet fellow for 4 seasons. In the past 20 years, Anthony has played internationally with several orchestras and music festivals such as the Los Angeles Philharmonic, Grant Park Music Festival Orchestra, Montreal Symphony, Boston Symphony, Moscow Philharmonic, and many others. He has participated in several music festivals including Classical Tahoe, Cabrillo Music Festival, Spoleto Festival USA, Tanglewood Music Center, Pacific Music Festival, Music Academy of the West, and the Aspen Music Festival.
Mr. Prisk won two international trumpet competitions through the International Trumpet Guild and a 2nd prize in the National Trumpet Competition. He was a soloist with the New World Symphony, Temple Wind Symphony, Texas Medical Center Orchestra and several youth orchestras. Anthony can be heard on recordings with the Philadelphia Orchestra, Houston Symphony, New World Symphony, Spoleto Festival Orchestra and McGill Symphony Orchestra.
Teaching is a passion for Mr. Prisk. He is currently on faculty at Temple University and The Peabody Institute in Baltimore, MD. You can also find him teaching at summer music festivals including the Philadelphia International Music Festival, Luzerne Music Center and the Monteux School and Music Festival. Anthony is also involved with the All-City program sponsored by the Philadelphia Orchestra.

Anthony has a Bachelor’s Degree from the University of Illinois where he studied with Ray Sasaki and Dr. Michael Ewald and a Master’s Degree from McGill University where he studied with Paul Merkelo. His other main influences were John Hagstrom, Michael Sachs and David Bilger. Mr. Prisk is originally from Lombard, IL in the Chicago suburbs and currently resides in South Philadelphia.