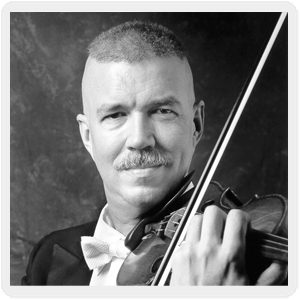 Davyd Booth joined The Philadelphia Orchestra in 1973. A native of Clarksburg, West Virginia, he made his professional debut at the age of 13. He toured the United States for four years, giving recitals and performing with such orchestras as the San Antonio and Pittsburgh symphonies. At 16 he made a concert tour of Mexico. He studied violin at the New School of Music with Jascha Brodsky and piano with Susan Starr.

Mr. Booth is co-music director and harpsichordist for the Amerita Chamber Ensemble, and he is active in music education. He is on the faculty of Temple University Preparatory Department where he serves as conductor of two student orchestras. He has also served on the faculties of the University of Pennsylvania, New School of Music, and Rutgers University.

Mr. Booth was a member of the Philarte String Quartet for 15 years and is currently a member of the Wister String Quartet. He is also very active in The Philadelphia Orchestra Association, participating in over 200 fundraising events and musical activities, such as the “Musicians on the Fringe” Concert at South Street’s Theater of the Living Arts in January 1998, for which he played the accordion.

Since 1998 Mr. Booth has been the harpsichordist for The Philadelphia Orchestra. He also serves as the Orchestra’s second keyboard player, and has been featured on piano, celesta, harmonium, organ, synthesizer, and accordion. Among his other interests, he is an avid orchid grower, with two greenhouses and 8,000 plants. Davyd Booth will be a piano accompanist at this year’s Philadelphia International Music Festival.