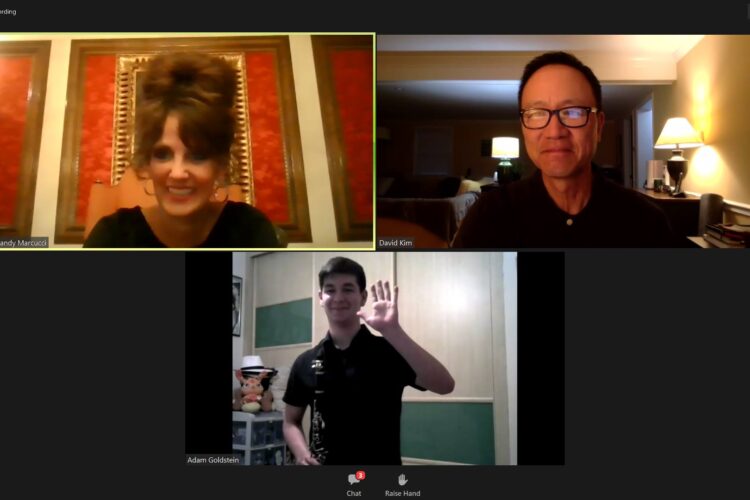 PIMFAdminSeptember 29, 2020In The NewsComments are off for this post

Serious music students quickly get used to the bewilderment of some of their non-musician peers over their listening choices. Even the most omnivorous young consumer of musical genres often navigates away from the classical music category.

Maybe you can relate to Duke University sophomore (and classical pianist) Angela Wu, writing at The Duke Chronicle, “Some of my friends make fun of me for my 8+ hour classical music playlist, which is filled with pieces that range from 90 seconds to over 40 minutes…‘Why listen to such antiquated stuff when you could watch an episode of Psych or bake and eat an entire tray of cookies?’”

But it seems our secret’s out and it’s a symphony or a concerto that’s playing while the pandemic cookies are being mixed nowadays, and the stress of 2020 might be a factor in that shift. Classical music fans were ahead of the curve!

A new report from the UK finds that pandemic lockdowns have drawn huge numbers of younger people to orchestral music. The research commissioned by the British Phonographic Industry, music streaming service Deezer and the Royal Philharmonic Orchestra claims that Millennials and younger listeners have increasingly been turning to classical music to de-stress during the pandemic.

The data in The Classical Revival 2020 show that orchestral streaming rates soared during the first month of lockdown, with 18- to 25-year-olds accounting for over a third of the worldwide classical streaming audience, an increase of 11 percent between March and April this year alone.

“The lockdown era broke the consumer’s connection with live concert hall experiences, which is the heartbeat of the music industry,” says James Williams, Managing Director of the Royal Philharmonic Orchestra. “At a time of crisis and anxiety, music has become more important to people as an expression of hope, giving some the strength to endure and for others serving as a tonic to support their mental health and wellbeing.”

Not just ANY music – classical music is now the feel-good audio choice for some who used to dismiss it.

The research finds 35 percent of respondents under age 35 felt listening to orchestral music during lockdown had helped them relax and maintain a sense of calmness; another 18 percent said it lifted their spirits in isolation. Deezer’s streaming data show that 59 percent of music consumers under age 30 have been listening to orchestral music while sheltering in place, compared with just 10 percent a decade ago.

“There are certain properties of music that affect the mind and body. Dedicating time each day to listen to music that triggers different emotions can have a hugely beneficial impact on our wellbeing,” says Lyz Cooper, from the British Academy of Sound Therapy. “Listening to happy songs increases blood flow to areas of the brain associated with reward, and decreases flow to the amygdala, the part of the brain associated with fear.”

BAST has issued its own research that examined the listening habits of 7,500 people and how they affected their physical and mental well-being, to arrive at a recommended daily music listening intake to reap the mental health benefits: 78 minutes a day, spread around in blocks of about 14 minutes each for different textures of “mood music.”

While Ms. Cooper isn’t specific about genres, those who study music are already clued in to the difference between a timeless classical composition and a “classic hit” on the radio.

Young Duke pianist Wu compares the mindlessness of much of pop music –“Listeners don’t have to dig deep to grasp the meaning behind a song: the singer is practically crying it out to you, with a thudding bass and nice electronically programmed motifs for support”– to the mindfulness required of classical music: “(It) requires a more settled and intentional focus on instrumentation. Every note matters.”

But more importantly, Wu writes, connecting with classical music during turbulent times is a reminder that humanity can and will endure.

“(The) sentiments it evokes have resonated with generations of people—each of whom had a distinct set of hopes, dreams, struggles, and ambitions. Listening to Shostakovich’s Seventh Symphony lets me experience the same spark of inspiration and optimism that the people of Leningrad felt when their city was under siege during World War II. Tchaikovsky’s Nutcracker Ballet theme conveys a sense of elegance and nonchalance that takes listeners out of our quarantine-styled oversized tees and pajama pants on Zoom calls to the refined grace of 19th-century ballrooms.”

Classical music offers time travel, a brain boost and mood picker-upper in every note. Tell all your friends!

“I believe PIMF parents know they’re giving their kids an edge in music appreciation and ready access to the benefits symphonic sounds convey, especially in a time of anxiety and uncertainty,” says PIMF President Sandy Marcucci.

“Until we can gather together to play the music or appreciate it as a live audience, immersing ourselves and our young people in classical music from a social distance has clear benefits to the head and the heart. We’re so pleased to be able to keep young musicians connected to their music and to each other with our online lessons and performance opportunities.”

Share the love with friends and family by inviting them to check out the PIMF Fall 2020 Master Class series taught by stars of The Philadelphia Orchestra. The program welcomes viewers at any musical level, on any instrument and at any age, to deepen their understanding and enjoyment of classical music, while getting a front row seat with musical stars of tomorrow.

We hope you’ll join us!