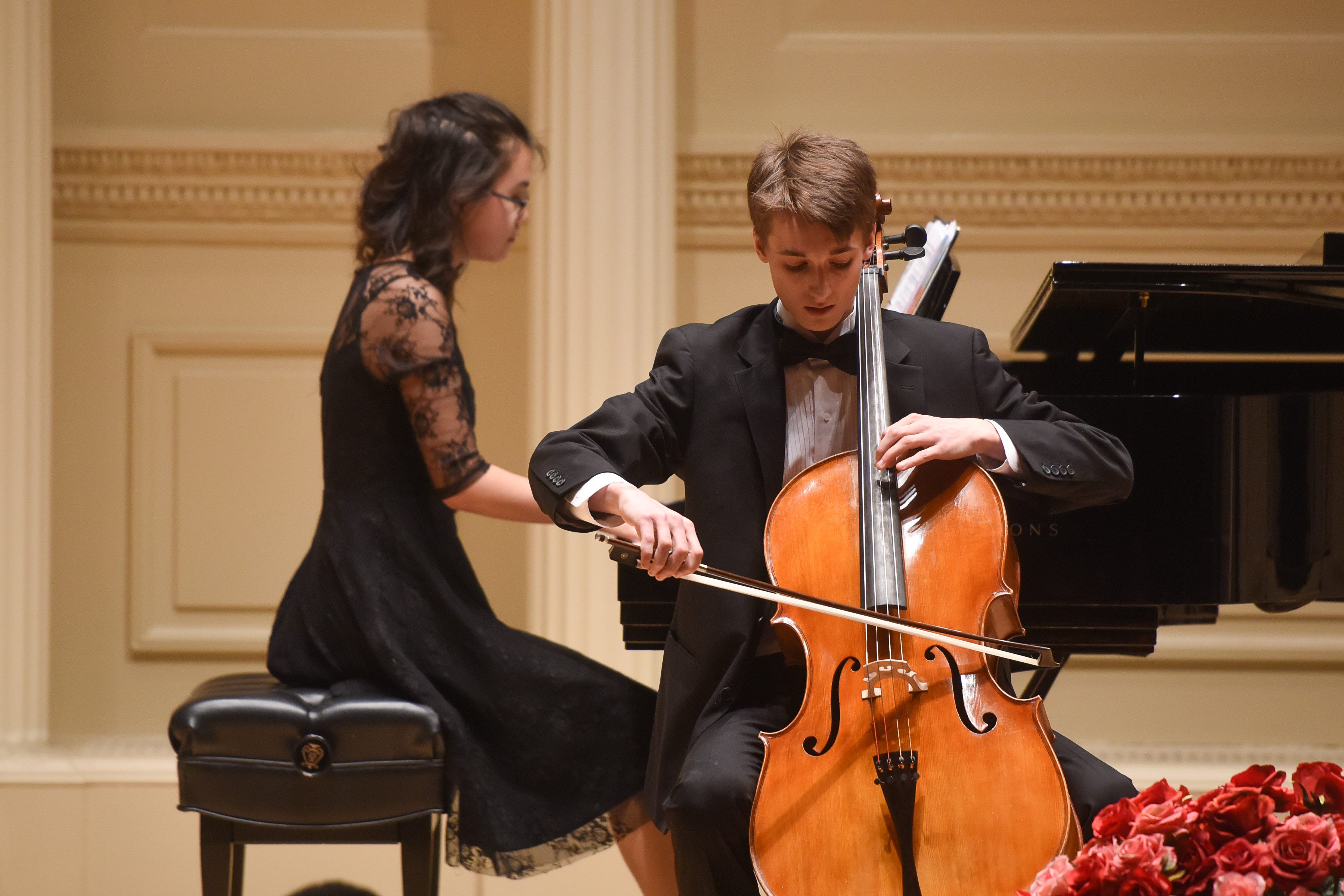 2017 is shaping up to be an incredible year for young cellist Nathan Mann. Nathan performed at Carnegie Hall in March 2017. He will be performing there again in April of this year. This summer, Nathan will be returning to PIMF in June and July to attend our Solo Performance Program and Symphony Orchestra program!

Nathan was born in Russia and came to the United States at 9 months old.  He started playing the cello at age 8 with Tara Smith.  From 2012-2016, Nathan played with the Yout h Orchestra of Bucks County (YOBC) and in the summer of 2016 he performed with the YOBC Symphony Orchestra during their French Alps Tour.  In the fall of 2016 he was accepted into the Philadelphia Youth Orchestra, where he plays with the Philadelphia Young Artists Orchestra conducted by Maestra Rosalind Erwin.  In January 2017, Nathan was selected to play in the Pennsylvania Music Educators Association (PMEA) District 11 Orchestra.

This winter Nathan was awarded Honorable Mention Winner in the American Protégé International Competition of Romantic Music and performed a piano duet of The Swan by Camille Saint –Saens at Carnegie Hall ‘s Weil Auditorium in March 2017.  He was also selected as a winner for the American Protégé Piano and Strings competition and will be performing Elegie by Faure at Carnegie Hall in April 2017.

For the past three summers, Nathan has attended the Philadelphia International Music Festival (PIMF) and in 2016 was Principal Cello with the Gold Orchestra conducted by Thomas Hong.   During PIMF, he performed The Swan by Saint-Saens in the Cello Master Class conducted by John Koen, Cellist, Philadelphia Orchestra.   He is looking forward to attending PIMF again this summer for two sessions.  He is honored to be selected for the Solo Performance Program in June and is looking forward to attending the Symphony Orchestra program in July.  Nathan studies with Cassia Harvey and began studying with John Koen last summer.

Nathan is currently 15 and a freshman at Lower Moreland High school, where he plays the cello in the orchestra and chamber group.   While cello is his passion, Nathan’s other musical “hobby “ is the trombone and he plays in his high school jazz band, wind ensemble, and symphonic band.  He has developed a love for Jazz and enjoys playing with the award winning Lower Moreland High School Jazz Band conducted by Erin Stroup.  The jazz band recently placed second in the Mid-Atlantic Jazz Festival and was selected as one of only 12 schools in the country for the prestigious Savannah Swing Fest, where they will compete for the top High School Jazz Band in the Nation at the end of March.

When Nathan is not immersed in music, he spends his free time skateboarding, playing basketball, and enjoys science and mathematics. We are so incredibly excited to for Nathan to return to PIMF this year!