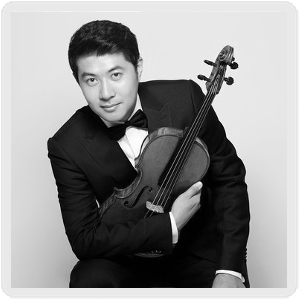 Violist Meng Wang joined The Philadelphia Orchestra in 2017. Prior, he was a member of the Pittsburgh Symphony and principal viola of the Kansas City Symphony.

In addition to his orchestral work, Mr. Wang enjoys an extensive career as a chamber musician. He is deeply committed to the genre and has collaborated with artists such as Yo-Yo Ma, Joshua Bell, Lars Vogt, Sharon Robinson, Cho-Liang Lin, Jaime Laredo, Joseph Silverstein, Pinchas Zukerman, Lang Lang, Barbara Westphal, and pop star Bono. His performances have taken him throughout the United States and his native China, performing at venues such as Carnegie Hall, Alice Tully Hall, the Library of Congress, the Kennedy Center, and the Beijing National Theater. He has also appeared on several radio stations throughout the United States.

Mr. Wang studied violin at the Central Music Conservatory in Beijing. As a teenager he immigrated to the United States to study viola at the New England Conservatory and later at the Curtis Institute of Music, under the tutelage of renowned violists Hsin-yun Huang, Michael Tree, Karen Tuttle, and Roberto Díaz. A dedicated educator himself, Mr. Wang has served as principal viola coach for the Pittsburgh Youth Symphony and adjunct professor of viola and chamber music at Carnegie Mellon University and Duquesne University in Pittsburgh.

Related Articles
PIMF in Concert in November in NYC!
5 Ways to Maintain Musical Training Momentum
A Mighty Media Spotlight on PIMF and its Virtual Concerto Competition