A Mighty Media Spotlight on PIMF and its Virtual Concerto Competition 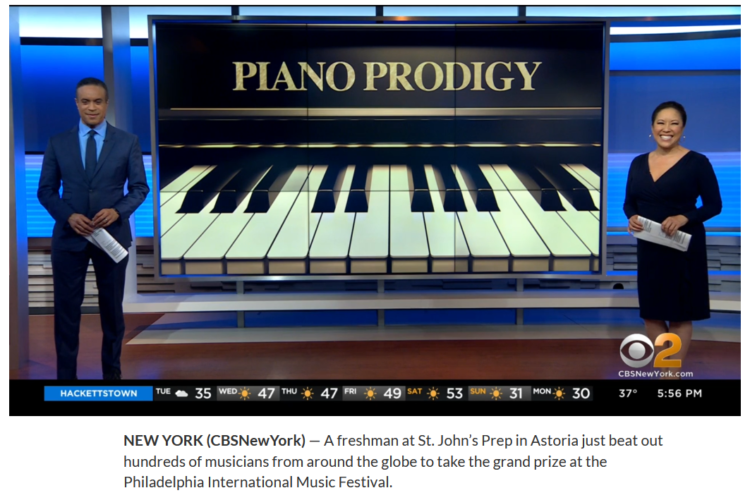 PIMFAdminMarch 04, 2022In The NewsComments are off for this post

A Mighty Media Spotlight on PIMF and its Virtual Concerto Competition

Not to toot our own horn (see what we did there?), but PIMF’s Winter 2021 Virtual Concerto Competition defied expectations as soon as the audition portal opened. It drew nearly 300 submissions on widely varied instruments from 17 countries and garnered more media attention than we could have imagined.

While the sheer quantity was gratifying, the quality of the performances was electrifying. “The level this year was very high,” says Hai-Ye Ni, Principal Cello of The Philadelphia Orchestra and one of the competition’s four distinguished adjudicators. “I was very impressed by the effort that these young people made, and surprised by the countries that the contestants were from, from Singapore and Russia, and beyond. I am very hopeful for the future of the classical music. It is just going to get better and better.” Other adjudicators included Marc Rovetti, Assistant Concertmaster, The Philadelphia Orchestra; Patrick Williams, Associate Principal Flute, The Philadelphia Orchestra; and Yu Xi Wang, director of Keyboard Studies at The Curtis Institute. They had their work cut out for them!

“It was quite literally an outpouring of talent from all over the world,” says PIMF President Sandy Marcucci. “Almost 300 young musicians offered us their video performances.” Hours of viewing was distilled into a final list of winners and runners-up across four age divisions. Top honors went to China-born pianist Xuanxiang Wu, competing from Astoria, New York. The then-14-year-old won not only Division II (Ages 12 – 14), but the overall Grand Prize as well for his performance of Rachmaninoff’s Piano Concerto No.3 in D Minor Op.30, “Allegro ma non tanto.”

“Xuanxiang stunned us with his performance, where he demonstrated full command of the instrument,” enthused Yu Xi Wang of Curtis, “and, more impressively, the requisite musical maturity far beyond his age for this difficult work.”

Xuanxiang, who’d moved to New York City from Shanghai last fall to attend Juilliard’s Pre-College Program, offered a performance of a work that had been a “dream piece” for him.

“Rachmaninoff is one of my favorite musicians,” Xuanxiang told us. “At the age of 9, I read the Chinese translation of ‘Sergei Rachmaninoff: A Lifetime in Music.’ I was fascinated and moved by his life’s magnificent ups and downs life and liked his music even more. I think if listeners can read the biography and understand Rachmaninoff’s experience and state of mind, listening to this concerto will have a different feeling.”

While most intensive classical music training programs laud their students on social media, PIMF takes it a step further. In recognition of the immeasurable time, effort, and dedication young musicians invest in their craft, we make concerted media outreach to local press outlets for achieving students in our PIMF family, as well as their local school communities. You’re building a resume, after all!

Fox5 New York, the flagship station of the Fox Television Network, broadcast a story about Xuanxiang to the greater New York City tri-state metropolitan area, and posted it on their YouTube channel.

CBS2 New York, the flagship station of the CBS Television Network, broadcast a story about Xuanxiang to the greater New York City tri-state metropolitan area, and posted it on their YouTube channel. It was picked up by news aggregators all over the world (we stopped counting around 20!), including Yahoo News, MSN, and others.

Xuanxiang was also profiled by the Leader/Observer and Long Island City Leader newspapers and digital news site QNS.com and the Queens Times/Ledger.

It’s not uncommon for PIMF to get some good press for our students, though it’s never guaranteed.

Be watching this space and our social media for news about the upcoming PIMF Concerto Competition Winners’ Circle Concert, and news about Master Classes and other PIMF events throughout this 25th Anniversary year. And if you haven’t registered for our Summer 2022 programs, now is the time to do so – before they fill to capacity again this summer.

Related Articles
Three Things You Must Know About Owning A Piano
Messiah!
PIMFVirtual: Music Ed and Performance Prep Wherever You Need To Be