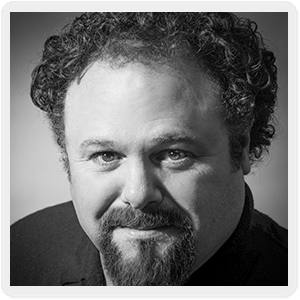 Ian DeNolfo is one of the most exciting artists of his generation, and has been acknowledged as one of the most important dramatic voices to be heard today. He has been featured in many of the leading opera houses of the world including; the Metropolitan Opera, Theatro alla Scala, Berlin Deutche Oper, The Washington Opera, The Los Angeles Opera and Michigan Opera Theater. Ian’s repertoire centers around the spinto/dramatic tenor roles such as; Otello, Radames in Aida, Samson, Cavaradossi in Tosca, Canio in i Pagliacci, Don Alvaro in La Forza del Destino, Calaf in Turandot, Don Jose in Carmen, Dick Johnson in La Fanciulla del West and Andrea Chenier.

Ian spent several years under the tutelage of Placido Domingo singing major tenor roles at the Washington Opera. He had the pleasure of singing several title roles with Mr. Domingo conducting the Orchestra providing the invaluable learning experience of a young tenor to learn from one of the world’s greatest masters. He made his debut there in the title role of Saint-Saëns’s Samson et Dalila, and returned later to sing the title role of Wolf-Ferrari’s Sly, in which he was again triumphantly received. The Washington Post said “then Ian DeNolfo took over the part Friday, turned it inside out, and in the process made Sly sound like a stronger opera. DeNolfo’s clear, centered tenor has a wide projection that rings with an Italianate brilliance. There’s plenty of weight behind his voice, too, and it combined to make Christopher Sly a three-dimensional personality.” Mr. DeNolfo returned to the Washington Opera later to sing his first performances of Verdi’s Otello, conducted by Maestro Domingo. The Washington Post reviewed his performance as “mightily impressive,” and found his to be a “cannon of a voice – warm, baritonal, elemental, with huge top notes to ring the rafters,” comparing it favorably to that of Mario Del Monaco.

Much in demand as a concert soloist, he has appeared with the Fort Worth Symphony in Verdi’s Requiem Mass, the Seattle Symphony in Beethoven’s Ninth Symphony, the Florida Philharmonic, the Vancouver Symphony, the Jerusalem Symphony, the Zürich Tonhalle for Dvorak’s Stabat Mater, and at the Spoleto Festival in Italy for Bruckner’s Te Deum.

A winner of the Lauritz Melchior Heldentenor Foundation Award, Ian DeNolfo has also been the recipient of an Opera Index Award, the Luciano Pavarotti International Voice Competition Finalist Award, and was an Eastern Regional Finalist of the Metropolitan Opera National Council Auditions. He holds a Bachelors of Music Degree from the Juilliard School, and a Masters of Music Degree from the Curtis Institute. Mr. DeNolfo and his wife, soprano Lisa Willson, live in Bryn Mawr, PA with their two sons where they run the Willson Vocal Academy.