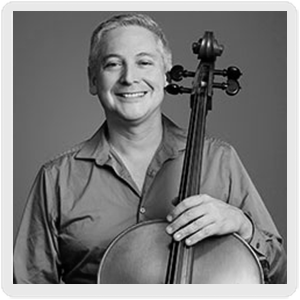 John Koen joined The Philadelphia Orchestra in 1990, and in 2011 was made Acting Assistant Principal Cello. He graduated from The Curtis Institute where he studied with David Soyer and Peter Wiley of the Guarneri Quartet.

He has performed both as a recitalist and soloist with orchestras across America as well is in Bulgaria, where he has a special mentoring relationship with the New Symphony Orchestra. He has given master classes for Universities in Seoul and Sofia, and teaches locally at Temple and Swarthmore.