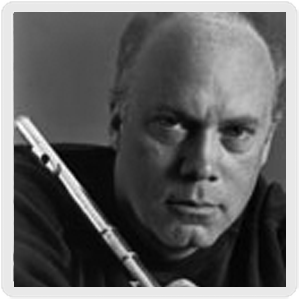 David Cramer, a native of Cleveland, Ohio, joined The Philadelphia Orchestra in 1981 as Assistant Principal, and became the Associate Principal Flute in 1984.

A graduate of the Curtis Institute of Music, his teachers have included Murray Panitz, William Hebert, Barbara Peterson, and James Pappoutsakis.

He also played in Master Classes with Marcel Moyse. He has participated in the Tanglewood Festival and the Central City Colorado Opera Festival. Before joining The Philadelphia Orchestra he was a member of the Montreal and Pittsburgh Symphonies.

Mr. Cramer has served on the faculty of Carnegie-Mellon University and the New School of Music and currently teaches at Temple University.