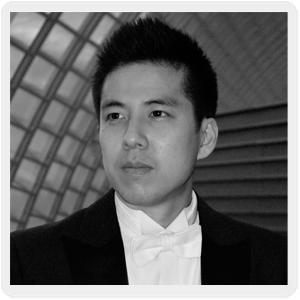 Violinist Daniel Han has been a member of the Minnesota Orchestra and the Fort Worth Symphony Orchestra, as well as a guest concertmaster of the Daejeon Philharmonic in Korea. He received his bachelor’s, master’s and artist diploma from Boston University, where he was awarded the prestigious Esther Kahn Award and studied with Roman Totenberg.

Mr. Han studied with Kurt Sassmannshaus and Dorothy DeLay at the Music Preparatory Department of Cincinnati College. While there, he was an annual soloist with the CCM-Starling Orchestra and Philharmonia Orchestra.

As concertmaster of the Starling Chamber Orchestra, Mr. Han performed as soloist at the Aspen Music Festival, in Germany, Switzerland, and Austria, and in New York’s Alice Tully Hall.